heart made of milk! 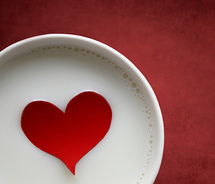 Today my sweet Buddy was helping me clean the bathroom. As we were cleaning he told me, "Mom, sometimes my heart gets beat up but it doesn't get broken because it is strong; it is made out of milk." I loved how at the tender age of five he already is so aware of his feelings. Of course as a mom you don't want your children to get their heart beat up but I love that he told me that (as of now) it hasn't broken. I know that someday it will feel broken, someday he will get really hurt. I hope that when that day comes, he will know to turn to the Lord for the strength that he needs to put his heart back together!
Posted by Tiffany at 1:54 PM No comments:

As I start out on this homeschooling journey and learning from other home-school moms via blogs I find myself virtually surrounded by women of great strength and spirituality. I knew that there were a lot of home-school moms that I, at one time, considered to be radical Christians; what surprises me is how at home I feel among them. I hope to someday I can radiate Christ the same way these women do. I love that they openly proclaim their love for their Savior without being ashamed or embarrassed. I love it! I love it! I love it!
Posted by Tiffany at 8:43 PM 1 comment:

I didn't know it would feel this way! 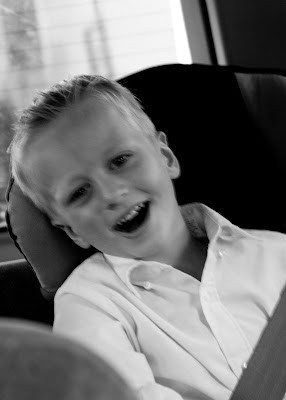 Well, this is where it starts. Yesterday was our first official day on a different path and I didn't know it would be so hard. This is what it is though and so I am starting my new blog with this new post. This summer my oldest child turned 5! While I was pregnant, as soon as I found out it was a boy my mom only had one question: "Are you going to start him in school a year late?" I was just trying to get the little fetus here alive and well and had not started thinking about his education. My mom had a degree in Early Childhood Education and she really felt that boys that were born in the summer should start kindergarten at 6. The idea behind this train of thought is that they are smaller and not as capable, being the youngest of the class, as they are if they are the oldest of the class. My husband has a late August birthday and this seemed to prove true for him. He ended up being held back in in second grade and thought that he wasn't smart ever since (he is believe me!)

Well, that fetus was born healthy and has developed typically. In fact he is smart just like his daddy so then the questions started popping up again. Most people that interacted with Buddy have commented on how smart he is. When discussing my thoughts to put him in school a year later with people, they usually encouraged me to put him in school on schedule. I didn't know what to do! My husband and I took a trip to AZ and while driving, spent almost the entire time weighing our pros and cons. We decided to put everything out on the table and try to figure out what to do. We decided to put him in the lottery for the charter school and to put him in K there the first year and then put him in the French immersion K program at our elementary school near our house the following year. Well he didn't get drawn from the lottery for a spot in kindergarten and so we stared again at square one. I jokingly stated, as long as we are putting all possible options on the table, we might as well have homeschool out there too! Now Josh and I both grew up next door to homeschoolers and were AGAINST it with almost a passion! Yet as soon as the words homeschool came out of my mouth, my heart warmed and I KNEW that this is what the Lord wanted us to do.

I am a deeply spiritual person but I didn't want to believe the feelings that I had had. I wanted to be like everyone else and have my children have the same experiences as everyone else! I knew that it would come with the bad but I also hoped that they would have some GREAT experiences also. I went to public school and although had some rough years, I also had some great ones too! I had great friends that are still some of my greatest to this day! I decided to talk with a friend that homeschools "just to get it out of my system." I knew I would leave that meeting running to the public school system but I didn't. I left that meeting knowing that this really was the path I was suppose to take. And surprisingly I was excited! I started reading books and decided fairly quickly that it was going to be heavy TJEd (or Thomas Jefferson Education.) I got excited and went to a home school conference and kept reading and talking to people that I know that homeschool.

I had a few people that were very discouraging including people that I love who were very negative about the idea. I knew that everyone wouldn't agree with me but I also knew that I knew what I needed to do. I spent more time on my knees and more time reading things about homeschool and got excited again. I had so many warm feelings of "yes, this is right for our family." I kept getting these happy moments were I just was getting confirmation that we are on the right path. I started easing my family into a new routine and organizing things I would need and I felt like nothing could knock me off my the top of the world...

Then school started yesterday. I had to go to our school room away from watching all of Buddy's friends walk to school with their proud momma's and backpacks as big as they are. I couldn't watch the beaming smiles and the camera's. My heart ached. We are born into this world in to a pack... our family. When we get big enough our pack grows to include friends. My life had been following the pack until college and even then, different things happened at different times in slightly different ways but honestly for the most part I am still part of the stay at home mom pack. What pack is my little guy part of now? His friends went to school and he didn't! My little guy is going to have a very different life than what I even know!