What is in a name? 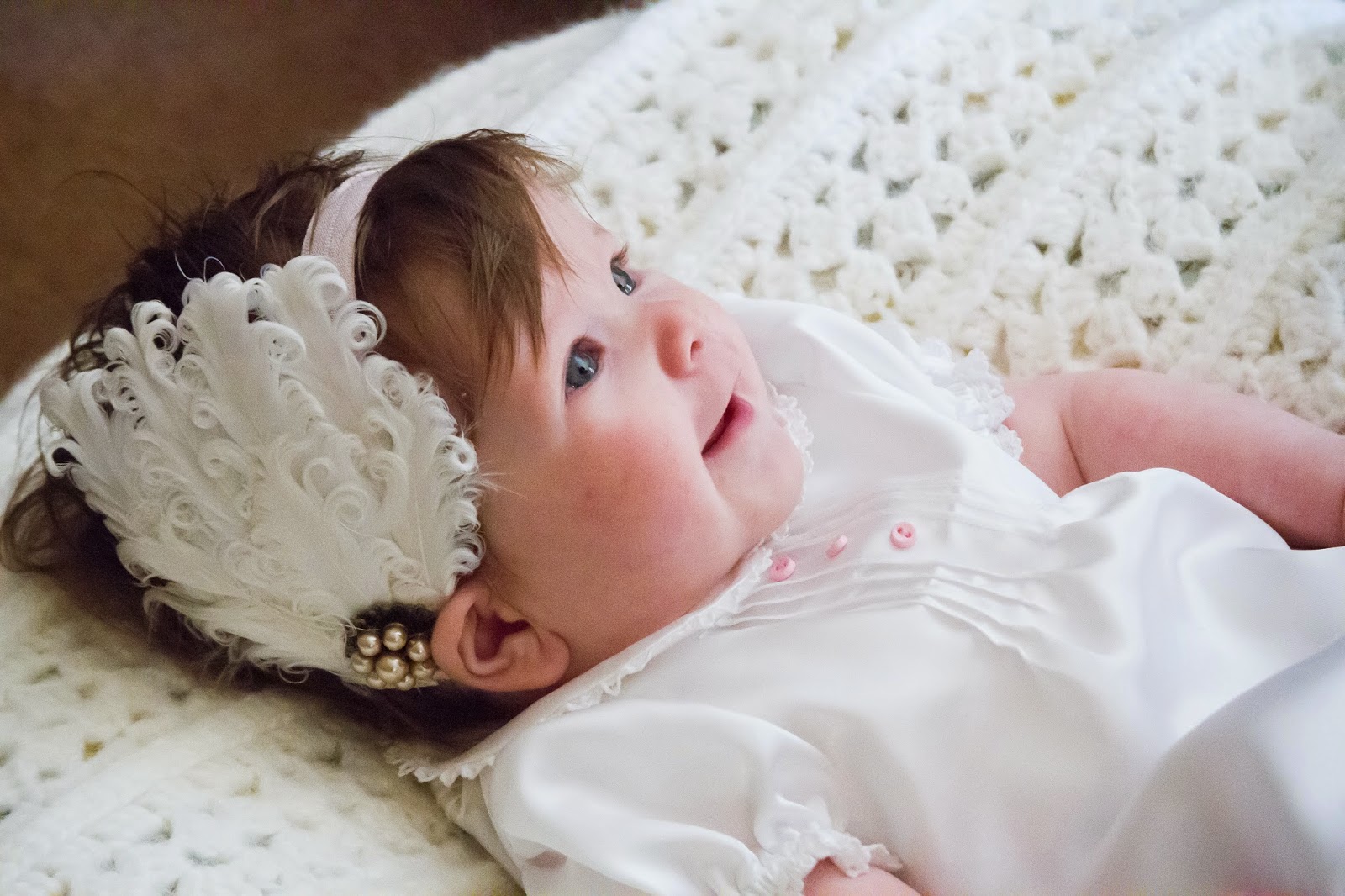 Choosing Abigail’s name proved to be much harder than any other child. I was pretty sure that I was going to have a boy. I was wrong about EVERY SINGLE CHILD! The twins I was right about them being a boy and a girl, but I thought Cooper was a girl and Amelia was a boy. While waiting to have the big 20 week ultrasound, we tossed a lot of names around—not one of them was a girl name. While I was pregnant, I was reading the book Oliver Twist. I was taken by how good this little boy wanted to be. He prayed that he could die before he had to steal. It was pretty amazing and I really wanted my children to have such tenacious character. I fell in love with the name, and Josh and I decided on Oliver Benjamin Thomson.  We only referred to the fetus as him and a couple times we joked, “what if it isn’t a boy?” You can imagine my shock when the ultrasound tech told me that we were having a girl. 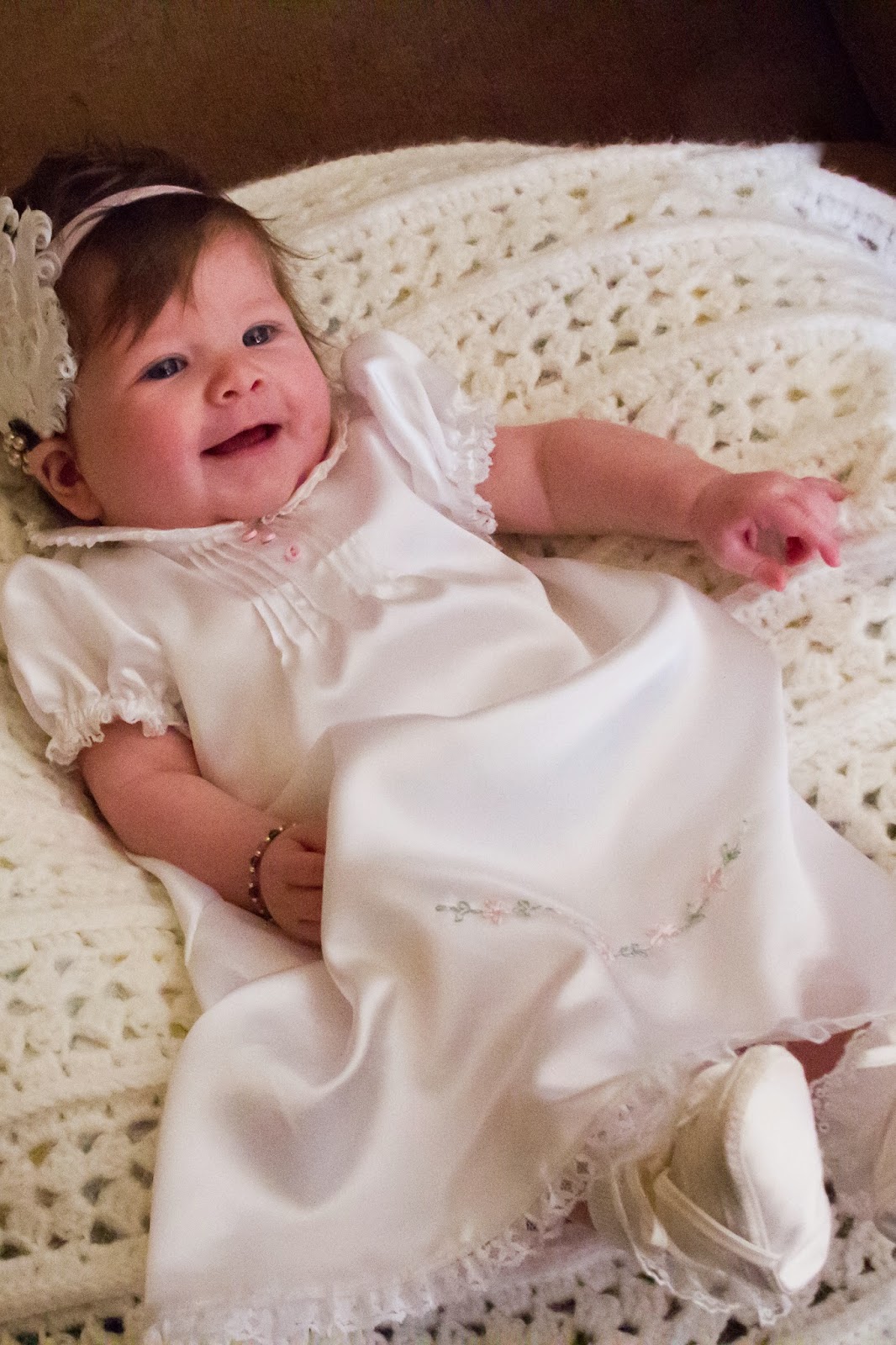 I was happy, oh so happy to be having another girl, just very much surprised! That night we went to the Ogden Nature Center for a night about Owl’s (which was pretty amazing by the way.) While we were walking around the Nature Center, I was still processing the fact that I was having a girl. I remember right where I was standing when I had this feeling that we should name her Abby. I got really excited about that idea until I remembered that I didn’t want to give any of my kids the same letter for their first initial. Over the next month or so Josh and I threw out names and instantly vetoed the other’s choice. All of the names we really loved either started with a A or M (no good—Amelia and Max already took those letters!) 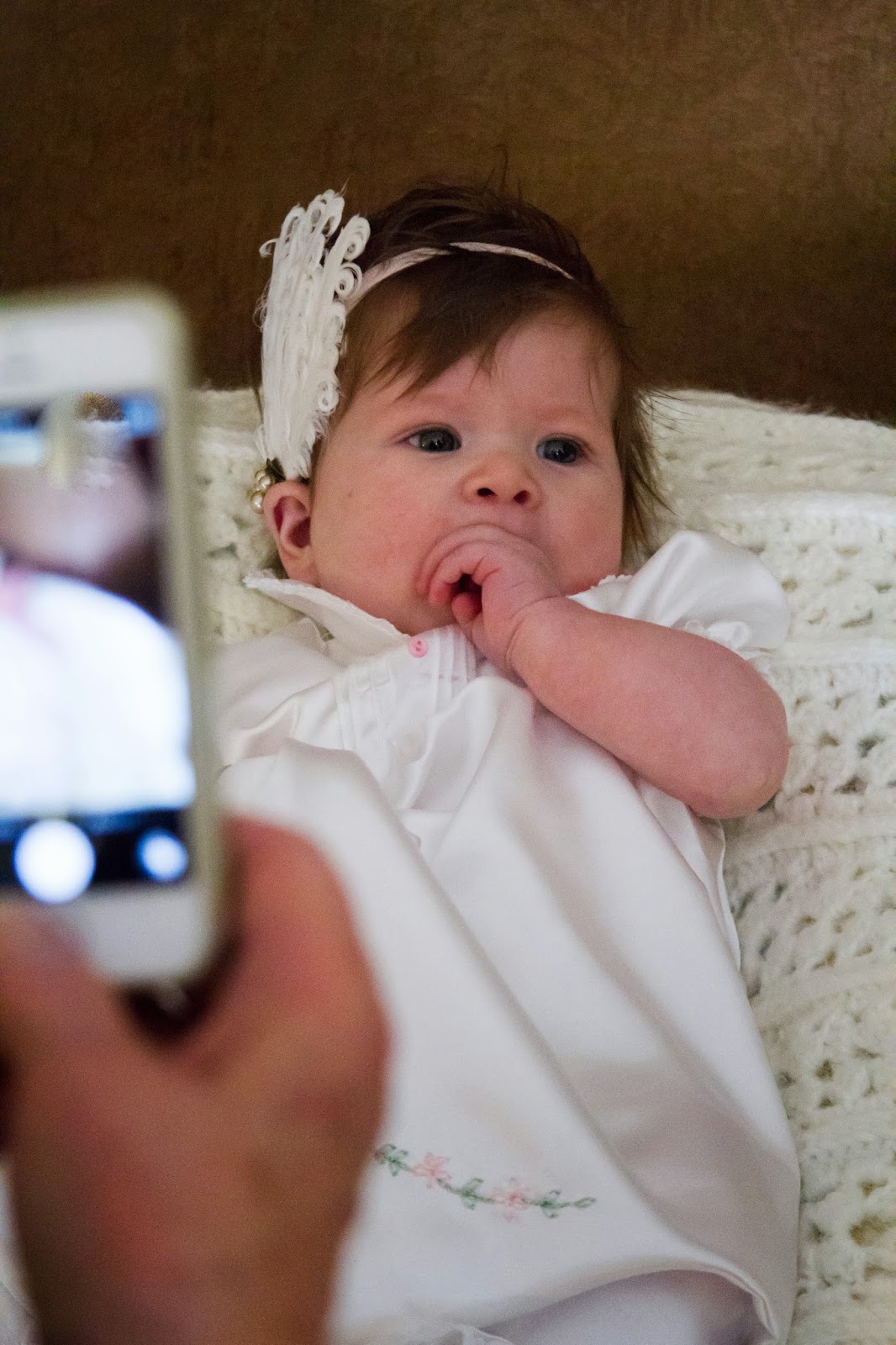 The name Josh really wanted: Brooklyn Grace. The name I really wanted: Lucy Anne. These both fit all of our criteria but we weren’t unanimous about it. This was SO different for us. We always agreed on a name within a few days of finding out what we were having. I also really really liked the name Beatrice. I loved the name Bea for short. It was a no go for Josh. Finally after about a month Josh got a little fed up and told me that one of my “rules” about naming our children had to fly out the window because there was no way we were going to agree on a name otherwise. 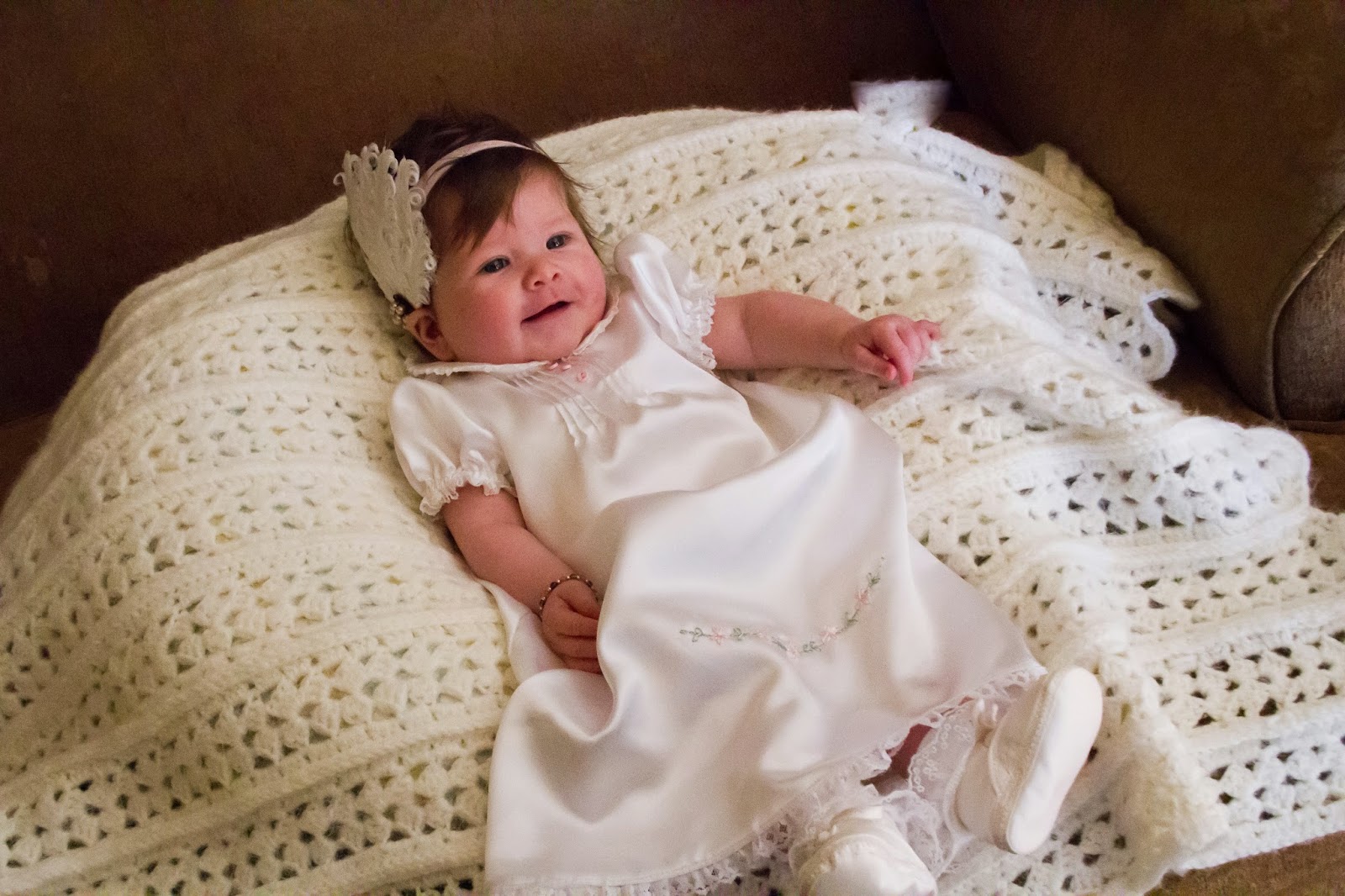 As soon as we threw out the rule about not having the same initial, we agreed on the names Abigail and Adaline. We first decided on Adaline, but it didn’t feel right. We both loved it but the confirmation that we had always felt didn’t come. We then decided to ponder on Abigail. I have 3 Abigails in my family history, but they are so far back, I didn’t know if I would ever get stories about them. On my Grandpa Mangum’s side, Abigail Howe was married to Benjamin Holden. On my Grandma Mangum’s side, Abigail Rawson was married to Silas Partridge. On my Grandma Anderson’s side Abigail Miles was married to Joseph Swasey. I still felt like I needed more confirmation. It came when I was then reading in 1 Samuel 25:3. It was describing Abigail, wife of Nabal “She was a woman of good understanding and of a beautiful countenance.” This is one of my favorite stories in the bible. Nabal offended David and his wife, Abigail, goes to David and asks to take her husband’s offence on her and accept her apology. She then offers David’s troops lots of food and beverages. David decides not to war against Nabal and all is forgiven. It was then that I got the confirmation I was seeking. We often call her Abi—short for Abigail or even more often lately, B—short for Abi. 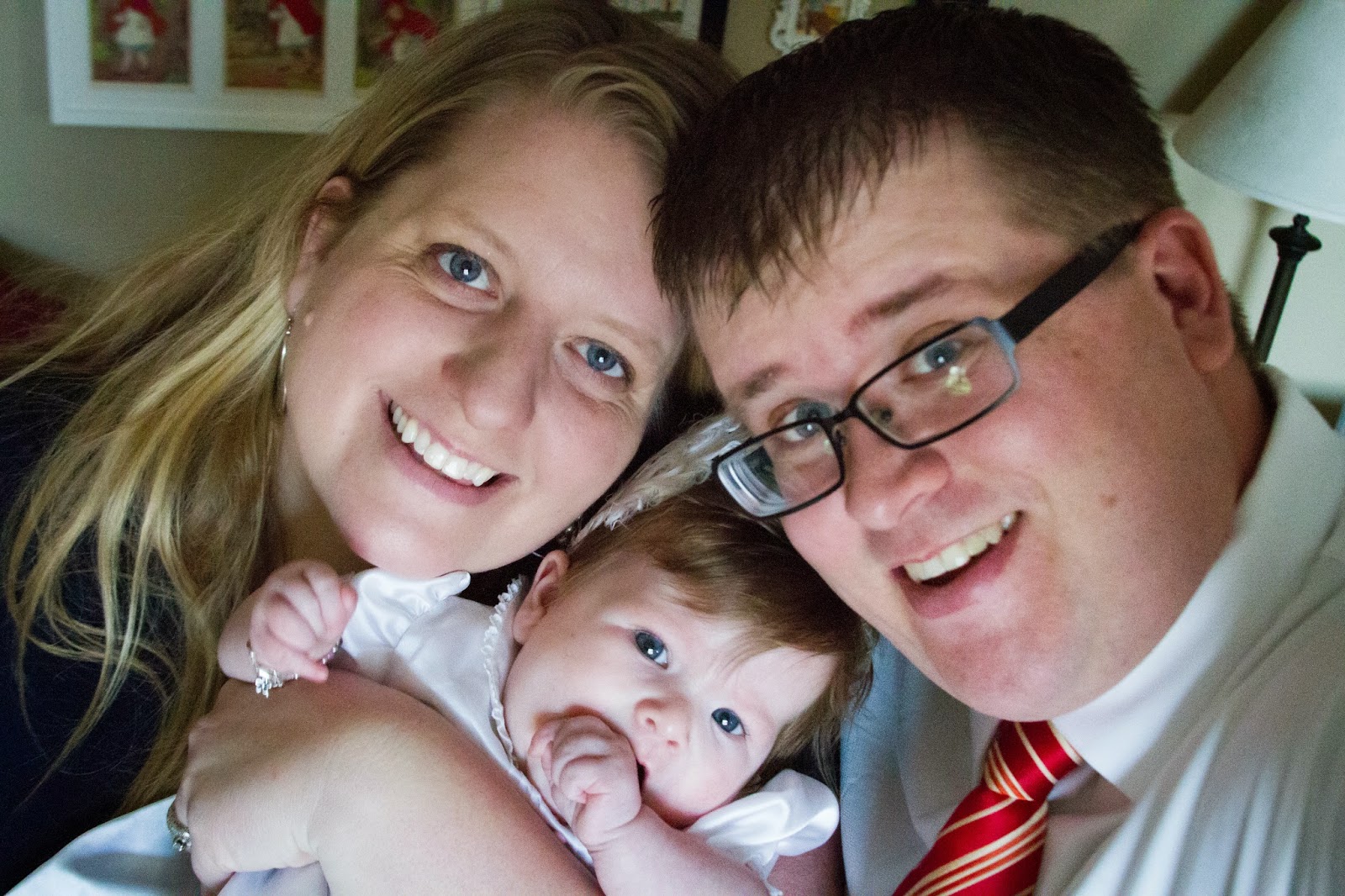 Grace was on a very short list for a middle name. Josh’s grandma’s name is Grace and has always been one of my favorite names. Josh also had another Grace in his family on his Grandma Thomson’s line. Grace was married to Richard Penaliggan. I liked Anne also (my middle name), but it wasn’t Josh’s favorite. Last May, before we knew if she was a boy or a girl, I attended Women’s Conference. The whole conference was based on Psalm 84:11, “For the Lord God is a sun and shield: The Lord will give grace and glory: no good thing will he withhold from them that walk uprightly.” (My favorite talk is found here) The whole conference was on Grace. It wasn’t something that I had given a lot of thought to before. Basically I learned that Grace is the power of God. Grace is His power that He gives us to be able to withstand the trials of life. I rubbed my belly and said, “too bad you aren’t a girl, I would name you Grace.” (ha ha ha!) When we found out that I was wrong, it became the only middle name we both agreed on. Josh didn’t like it for a first name (it would have met all my criteria.) 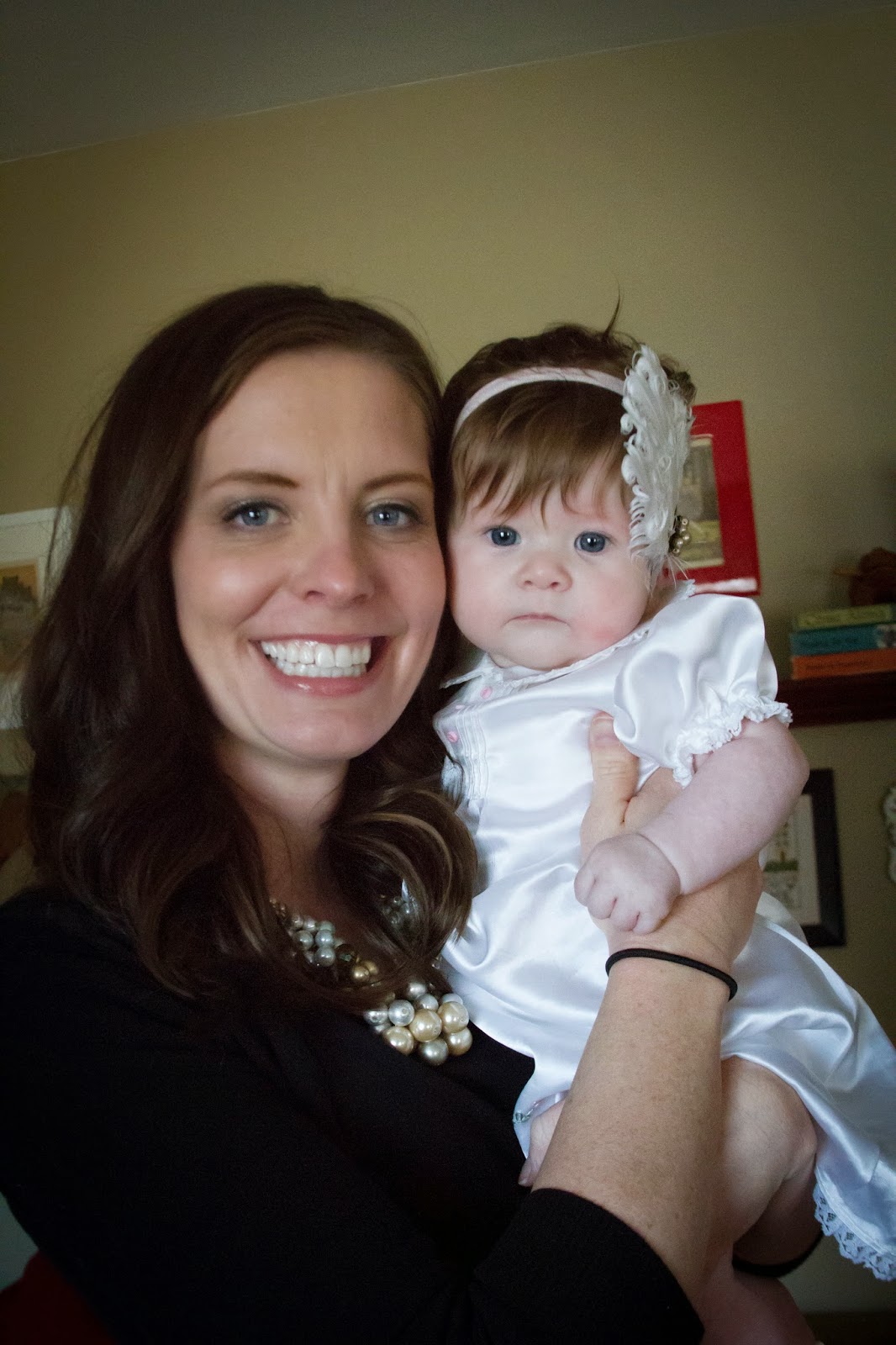 In my church we have a special day where we give our babies a “name and a *blessing.” It is similar the christening in other churches. Abigail was blessed January 25th 2015 at our ward building. It was the first baby we actually blessed in our *ward. Josh gave her such a sweet blessing. Before I met Josh, I thought that a “good blessing” was one the waxed eloquent and poetic. I thought the placements of words were important and that it should stir emotion. Josh has taught me that any humble words are beautiful to God. It was short and oh so sweet. 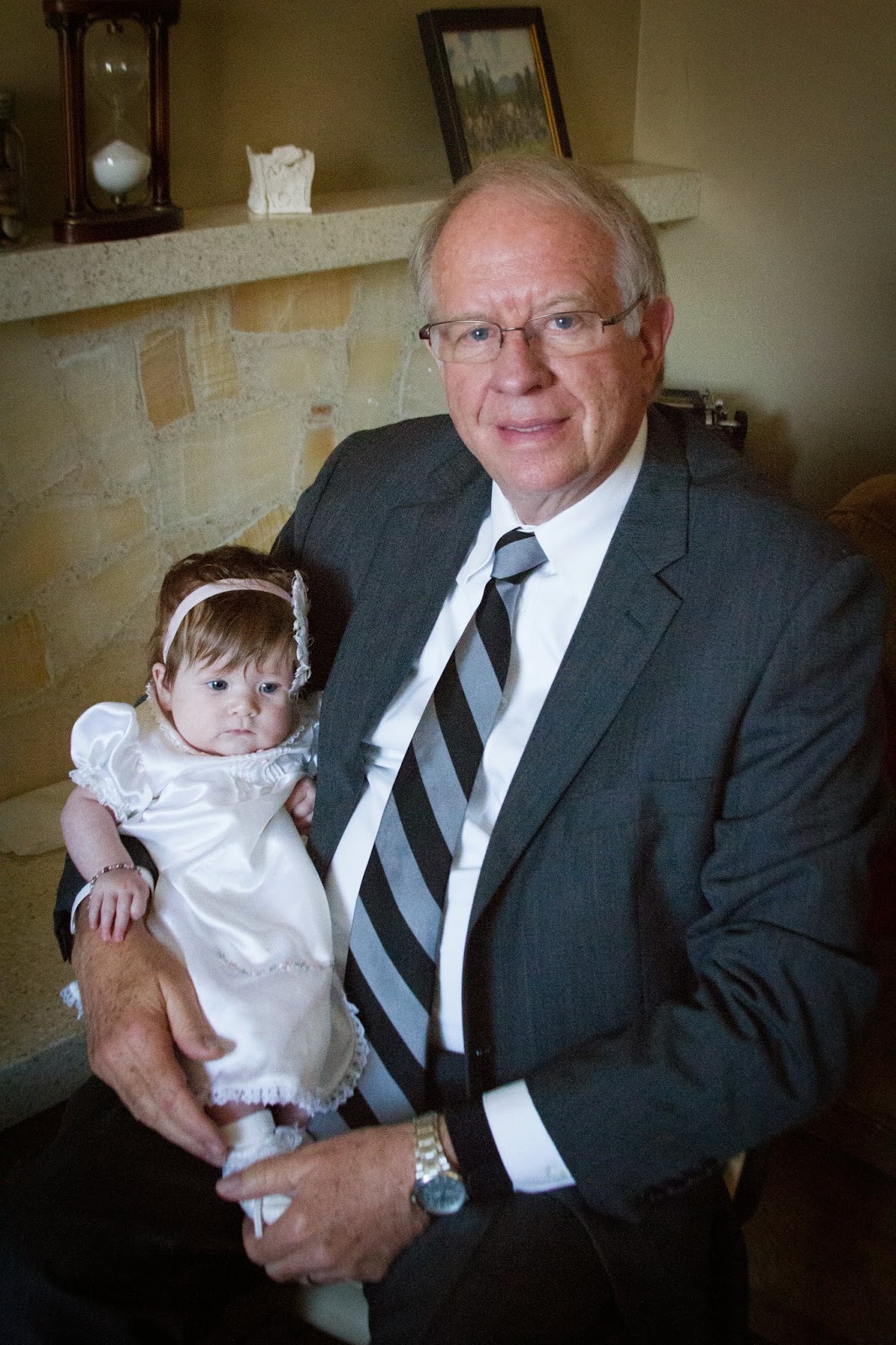 I remember that with Amelia I was so happy when he blessed her to serve a mission. I was relieved that he didn’t leave it out just because she was a girl. Yet with Abigail, he blessed her that she would serve the Lord in whatever capacity “He sees fit.” I was so touched, that is my greatest desire for all of my children, they will fulfil their LIFE mission. He blessed her with strength of body, mind, and spirit. He blessed her to become a stalwart strong young woman and to partake in opportunities to learn and grow in the gospel. She was blessed to enter the temple to be married. He blessed her again that she would have strength of body to grow strong with no physical ailments. He blessed Abigail to be an example to those around her. He also offered gratitude to have her as part of our family. 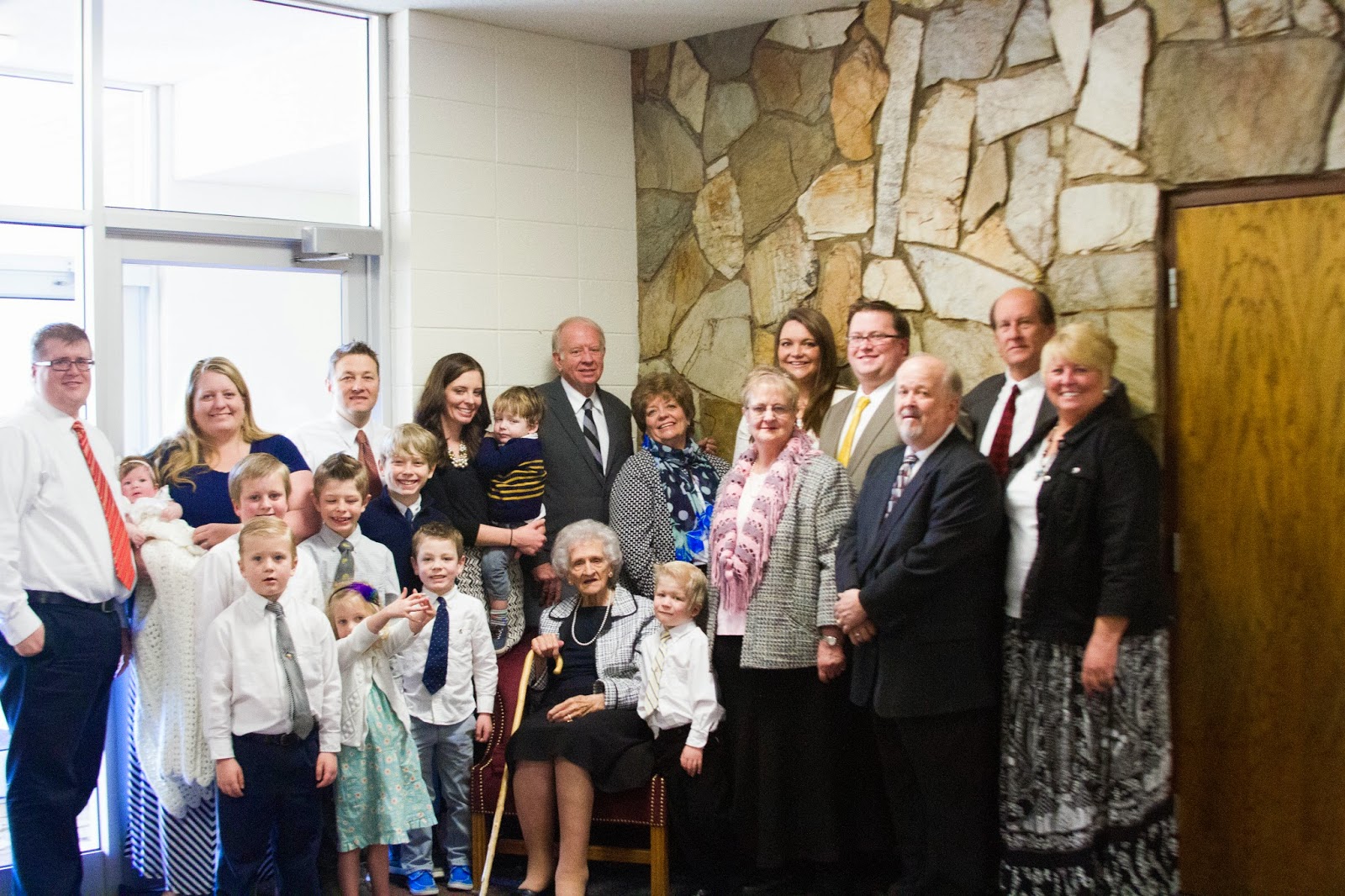 It was humble, simple, and full of the purest love. It was such an amazing day. My mom made her gorgeous dress. It meant so much to me that she put so many hours into the sweetest dress and cared so much about what I thought of it. I love it so much. It means so much to me that my Mother-in-law made Amelia’s and my Mom made Abigail’s. My Grandma Anderson, years before she passed, started the blanket we used this day--my mom finished it. My sweet friend helped me make a cute headband, and many people helped with food. The day was warm and beautiful—especially for January. My sister was already coming out for a ski trip from WI with her adorable family. My grandma, aunt, uncle, and parents were there also. My dear friend Lorrie was also able to come. It was a magical day for sure!
Posted by Tiffany at 5:54 PM

Email ThisBlogThis!Share to TwitterShare to FacebookShare to Pinterest
Labels: Abigail, Baby #5, family, grace, My family, My in-laws, My parents, My sweetheart, Priesthood blessings