Those who risk their lives

We all have a part to play in this world. Some fulfill their life mission, and some don't. Babies and small children sometimes fulfill their life missions within a matter of minutes, days, or a few years. Some of us take a little longer. And even a few, wish their life mission was already past. This has been on my mind a lot in the past few years. I honestly believe that there is a place for everyone on this earth. I was taught, and fully believe, that all of us can teach each other something. Not all of us will get paid or praised for our life's work, but it all truly matters. 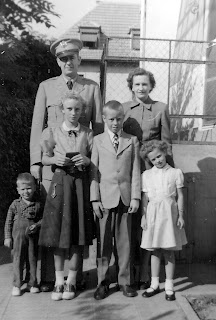 Some people were put on this earth to be warriors; whether they wage social, spiritual, or civil wars. It is who they are inside—not even physically, but emotionally. Those individuals stand up when others retreat, and they fight when others would flee. Where would we be without warriors? Well, nowhere. The first predatory animal that came our way, we would have become as extinct as the dodo bird.
War has been waged throughout the ages, some of it justified, and some not. There have been warriors to fight those battles and I am thankful. I am especially thankful for those individuals that may not have warrior’s blood running through their veins, but they fought anyway. Whether they lived or died, won or lost, their wiliness to do it for the greater good matters. When was the last time you were willing to sacrifice yourself for others? Maybe not even your life, but your pride? Some people put their lives on the front line for us. When was the last time you were willing to be mocked or made fun of, for something that you believed in?
I am truly thankful today for all of the veterans and all whom have served in the military, war or peacetime. I am thankful for what they sacrificed for our country—my grandfather, father, Uncle, and two brothers especially. I am thankful for the spouses, children and parents whom also sacrifice so much. The veterans of our country’s willingness to sacrifice their lives for me is very humbling. 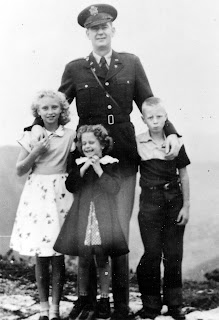 How do we repay that sacrifice? I don’t believe that my mission in life is to be on the battle front of wars. But looking at the example of those who serve, gives me the courage to fight the battles in my life that need to be fought. It also helps me to sacrifice myself, and especially my pride, for the greater good. And I feel very blessed that those that give, so unselfishly help to protect my right to follow my heart, to fulfill my life’s mission—whatever that may be.
Posted by Tiffany at 3:42 PM