Underlying cause and silk flowers.

In my behavioral science classes, there was A LOT of talk about "underlying cause." Basically someone's behavior has a cause that may or may not be completely apparent on the outside. Sometimes it takes several layers to get down to the true underlying cause. It was one of my favorite parts of being a social worker, I felt like a detective, trying to uncover why people were dealing with the problems that they were.

A couple of days ago it was beautiful and so we headed to the park. My kids love to make new friends at the park--not something I happen to be good at. Don't you wish it was just as easy as an adult? "Hey random mom standing on the side of the playground, my name is Tiffany, do you want to be my friend?" Simple, right?

You would have the plethora of opportunities to be looked at strange and have them run off. This happens to my kids every once in a while. My kids aren't "socialized" the same way as the majority of other kids. (Thank goodness ;) )They don't pay much attention to age.

Amelia was eager to make a new friend this particular day and happened to notice a cute girl playing. She approached her and asked to be her friend. The girl happened to be at least twice her age, and DID NOT have any time for a little kid! In attempts to save Amelia some embarrassment, I pulled out my camera and asked her to "SMILE! :)" This gave the other girl ample time to run off. Amelia just screamed at me and ran off. I knew she was embarrassed. She ran to the van and tried to get in. 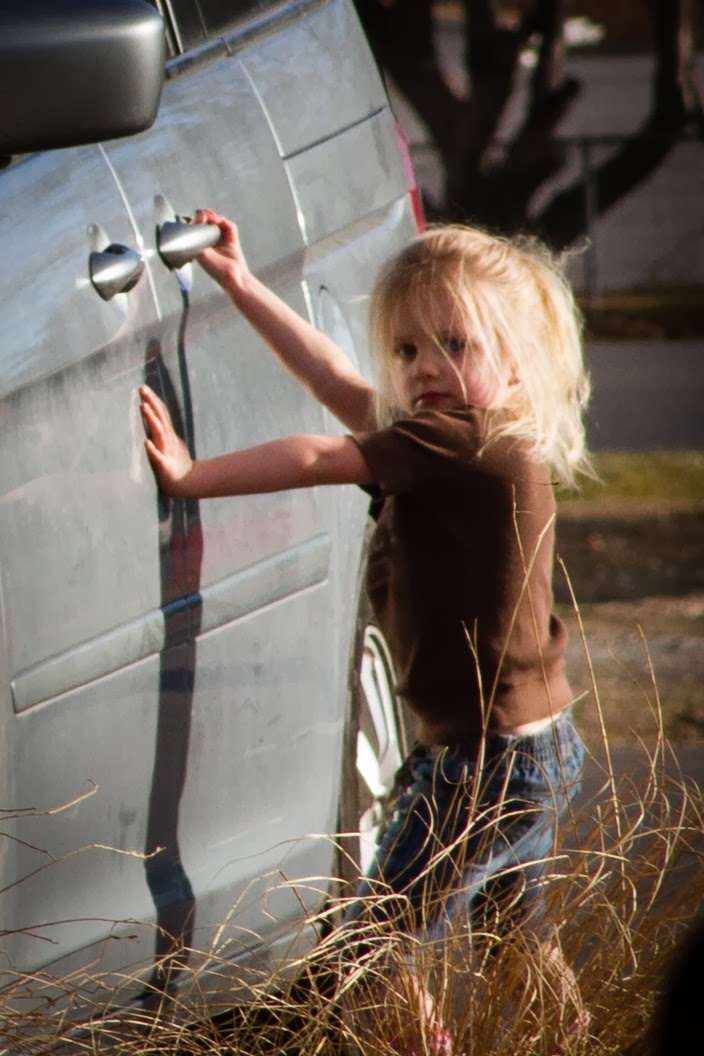 When I took a picture of her trying to get into the car she ran toward the road. I sprinted after her and luckily a kid near by got to her first and grabbed her before she headed into a really busy road, darting in between cars parked on the side of the road. We all know how that would have ended.

After I grabbed her from the random kid, went and sat down. She was yelling, screaming, and mad at me. She told me that she hated pictures and wanted another family to adopt her. We sat, and she cried. I told her I loved her, she was still angry at me for long time and told me how much she hated pictures. She finally broke down and through her sobs stated, "no one will play with me." Ah ha! She had found her own underlying cause! She figured it out--at the age of 3.

We talked about people that she could play with, she dried her tears, gave me a hug and declared that she still loved me and wanted to be in our family. She even let me take pictures of her later.

It was one of those break through moments for me. I need to trust my kids more. I am there to love, support, protect, and direct, but even at the age of 3 she figured out her problem when she was provided with unconditional love and a safe place. Isn't that what we all need? 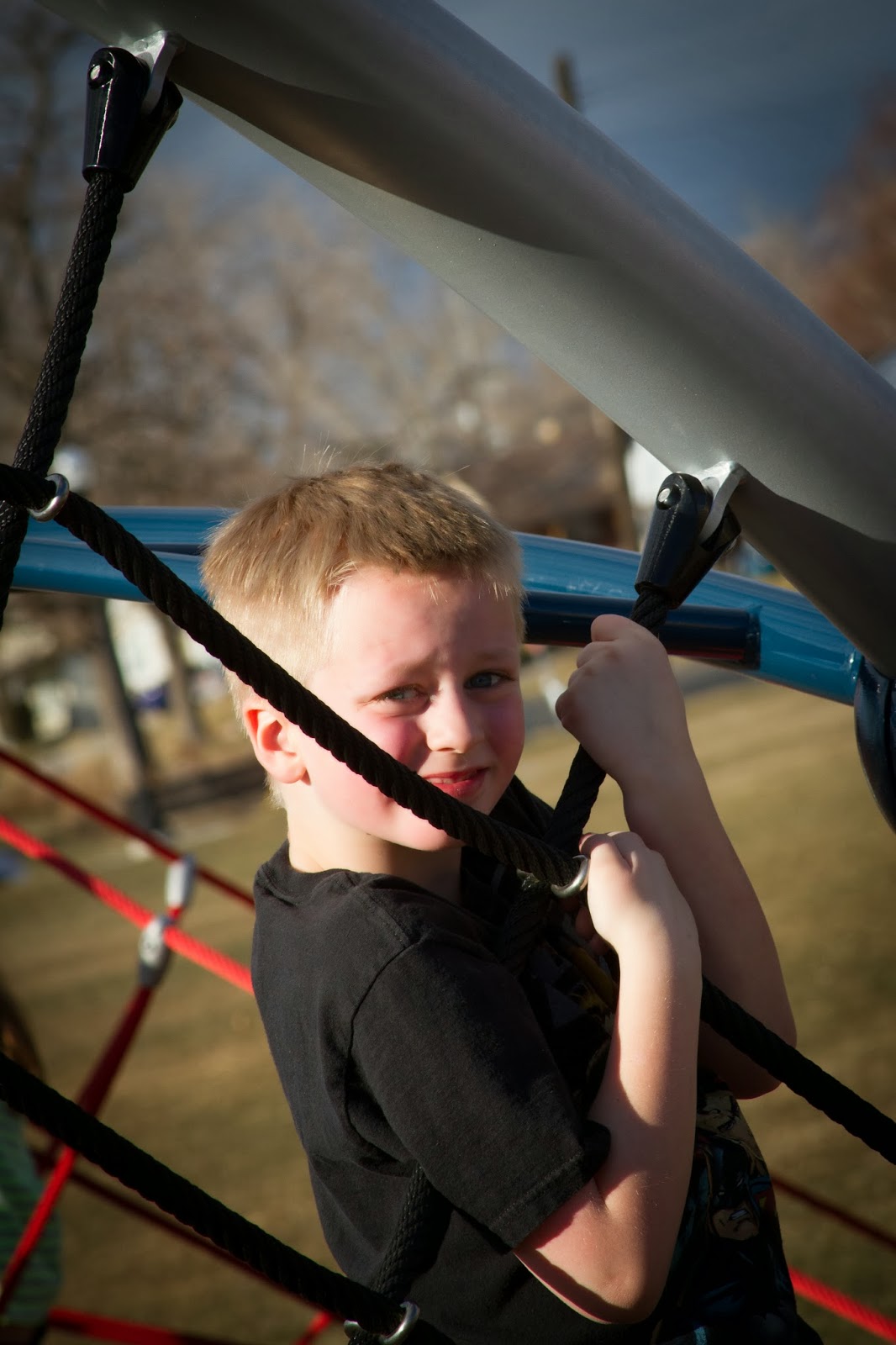 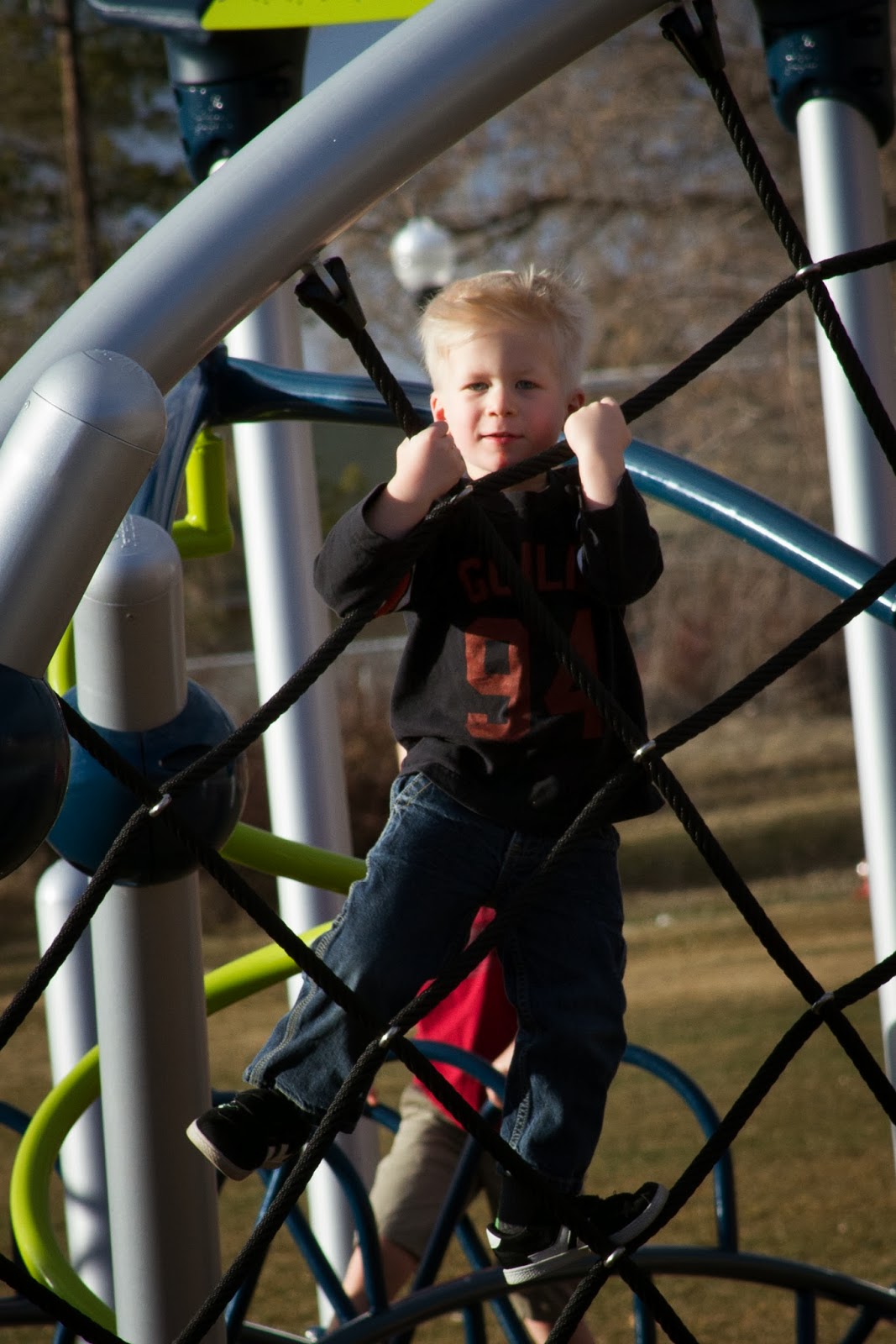 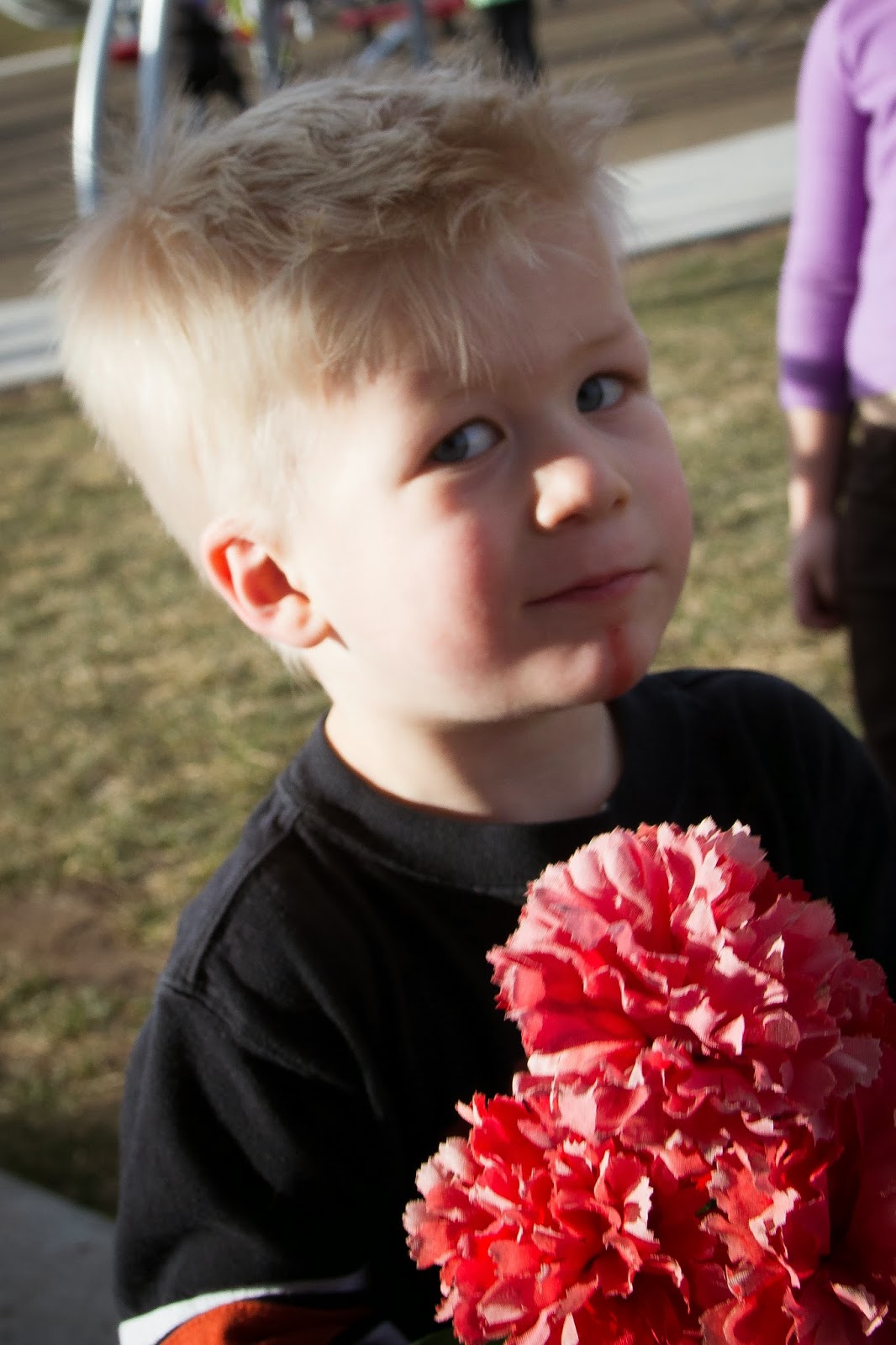 Another sweet memory from this day was when Cooper found these faded silk flowers across the park. As he picked them up, his face lit up and he began to book it to me. He huffed and puffed across the field and playground until he got to the bench I was sitting on--he was beaming with joy. He is such a sweetheart!  It absolutely melted my heart! This boy is so sweet and is going to make some girl VERY happy someday! 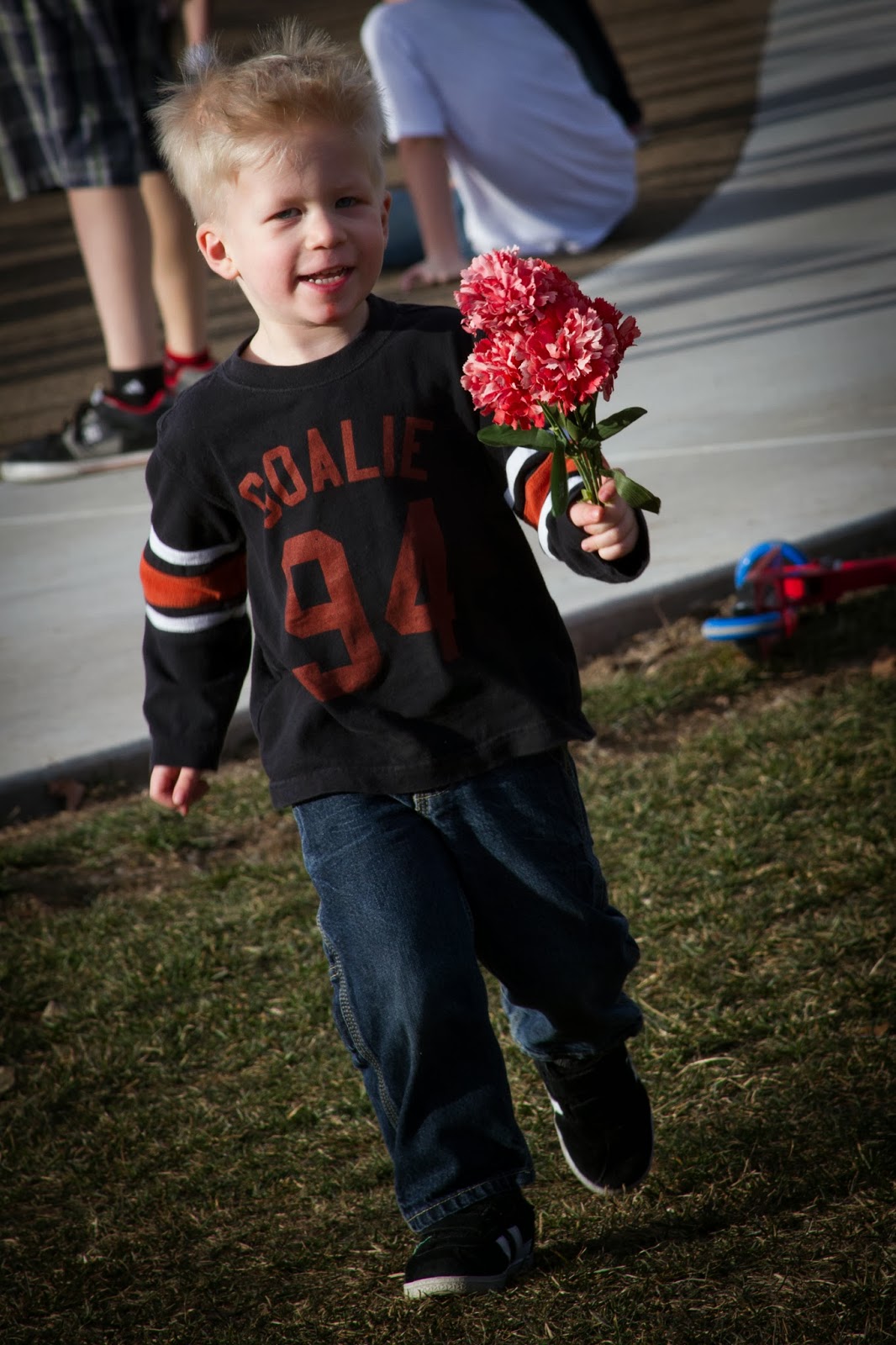 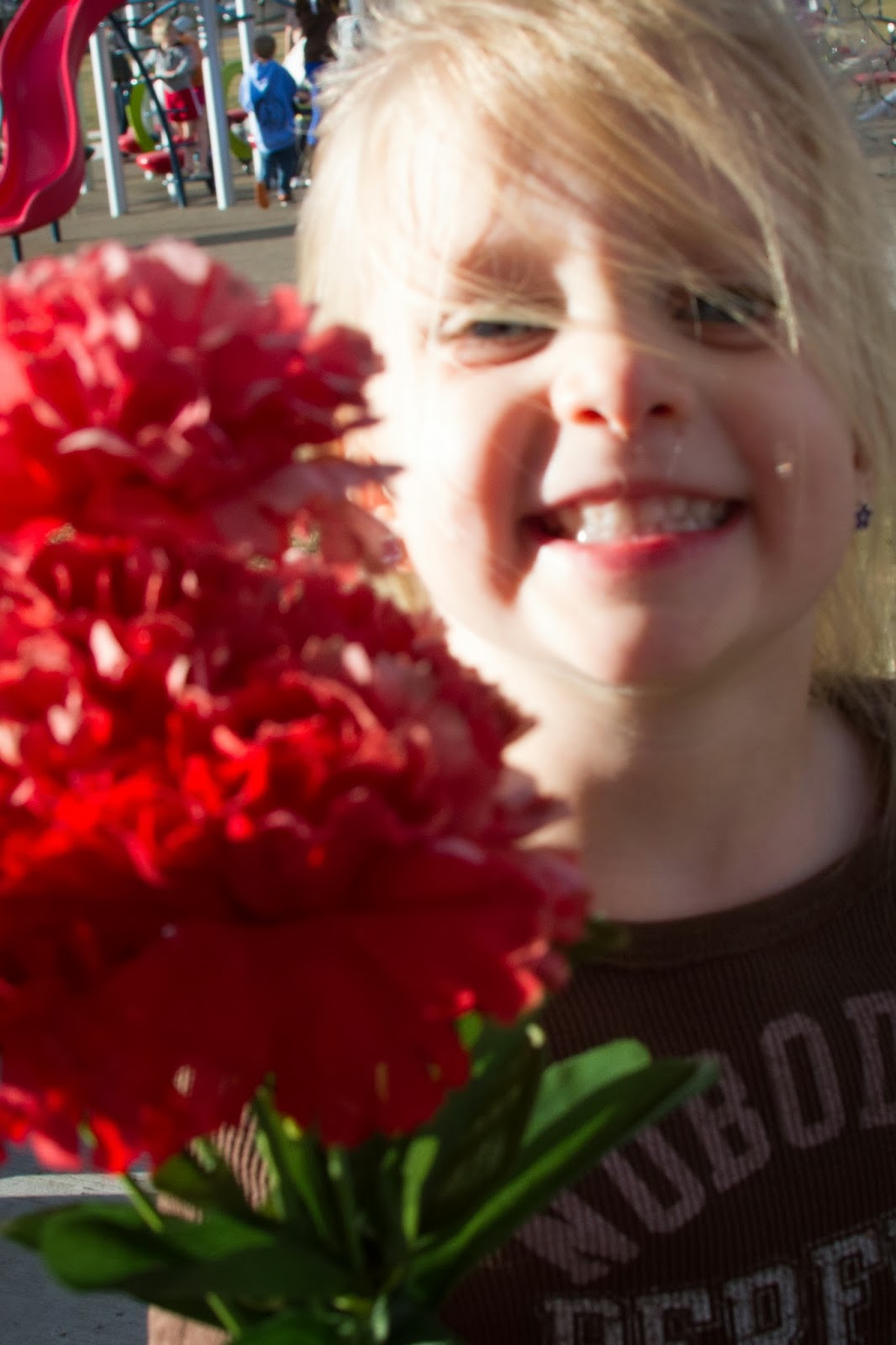 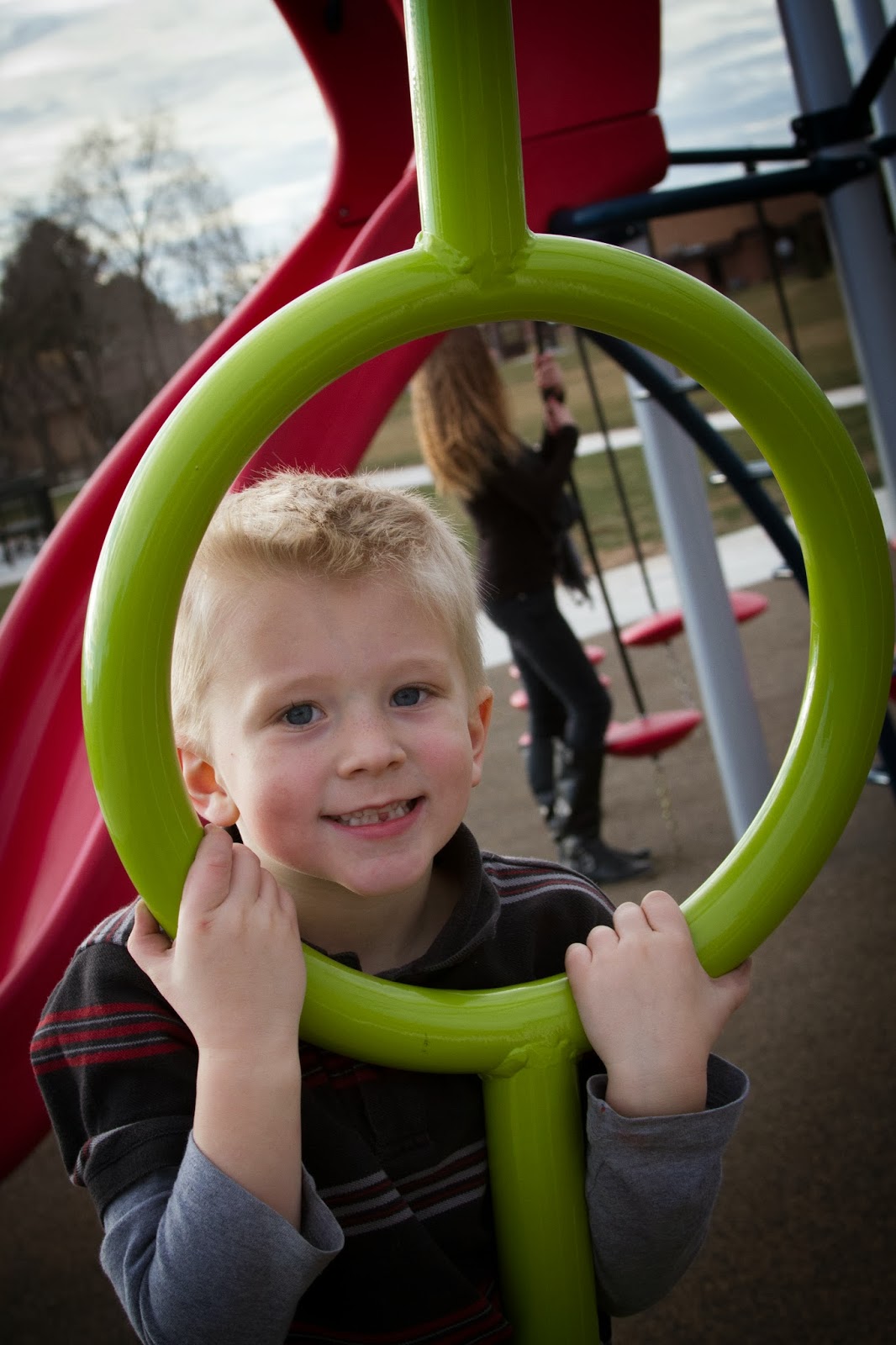 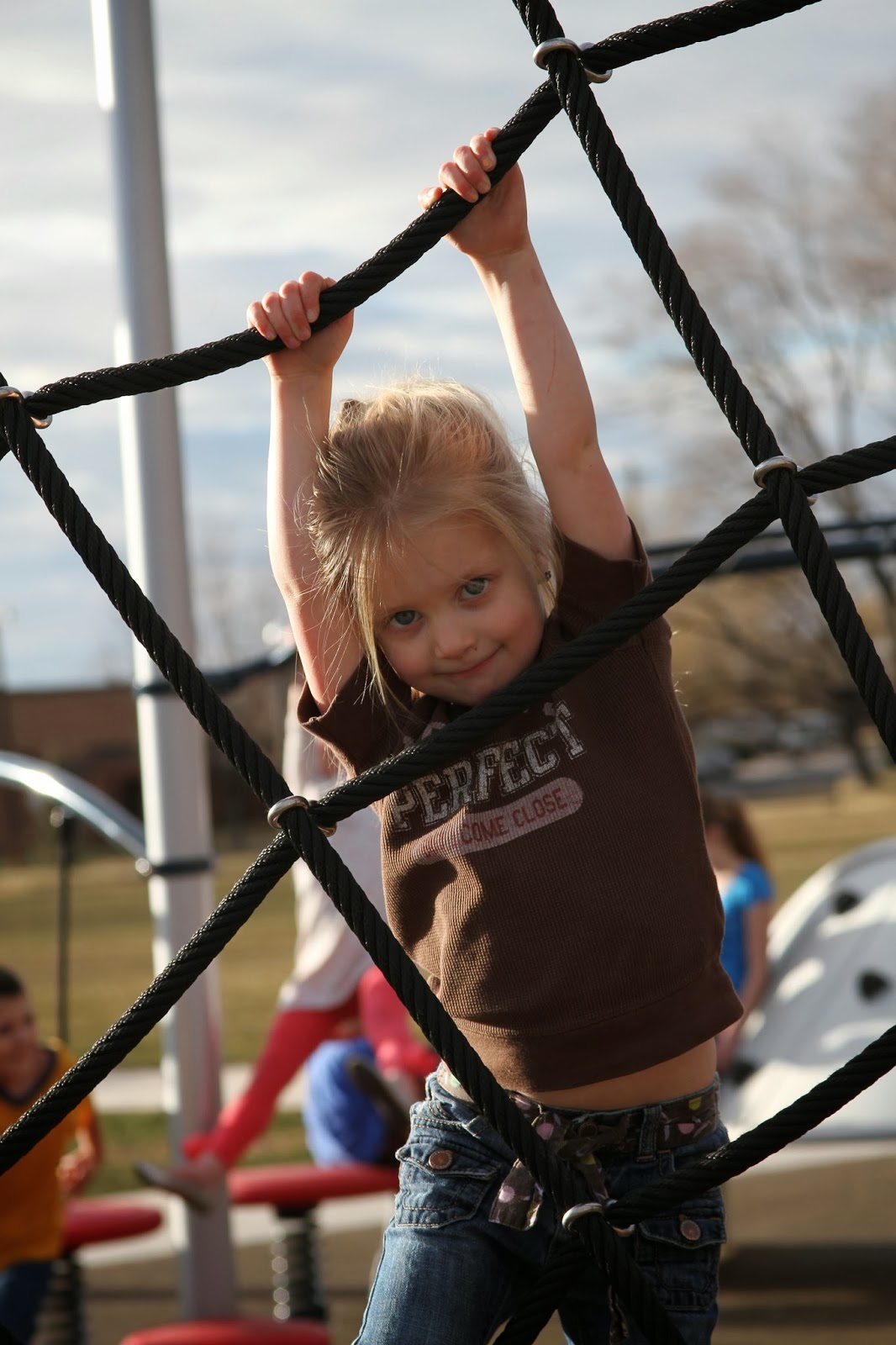 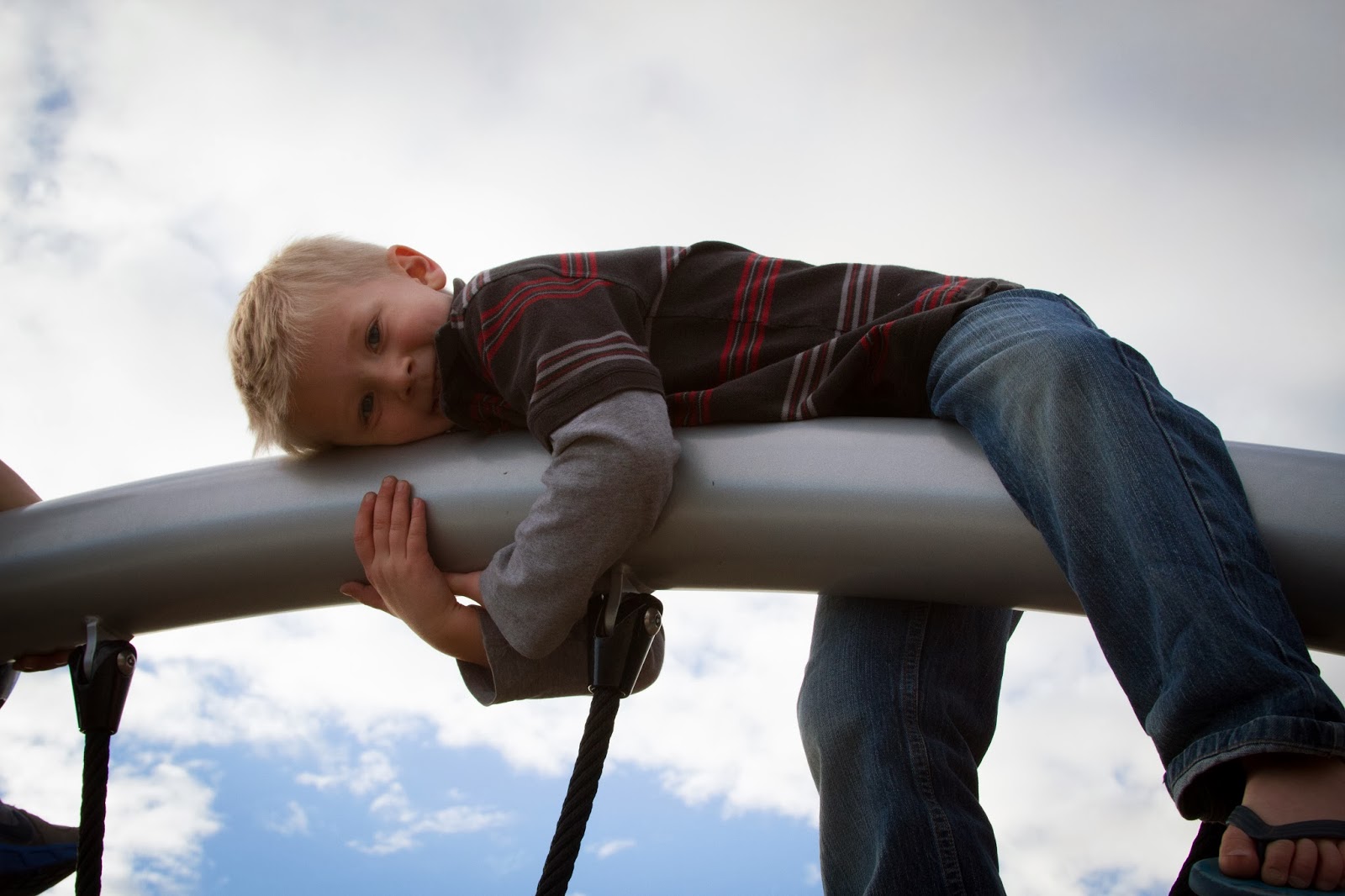 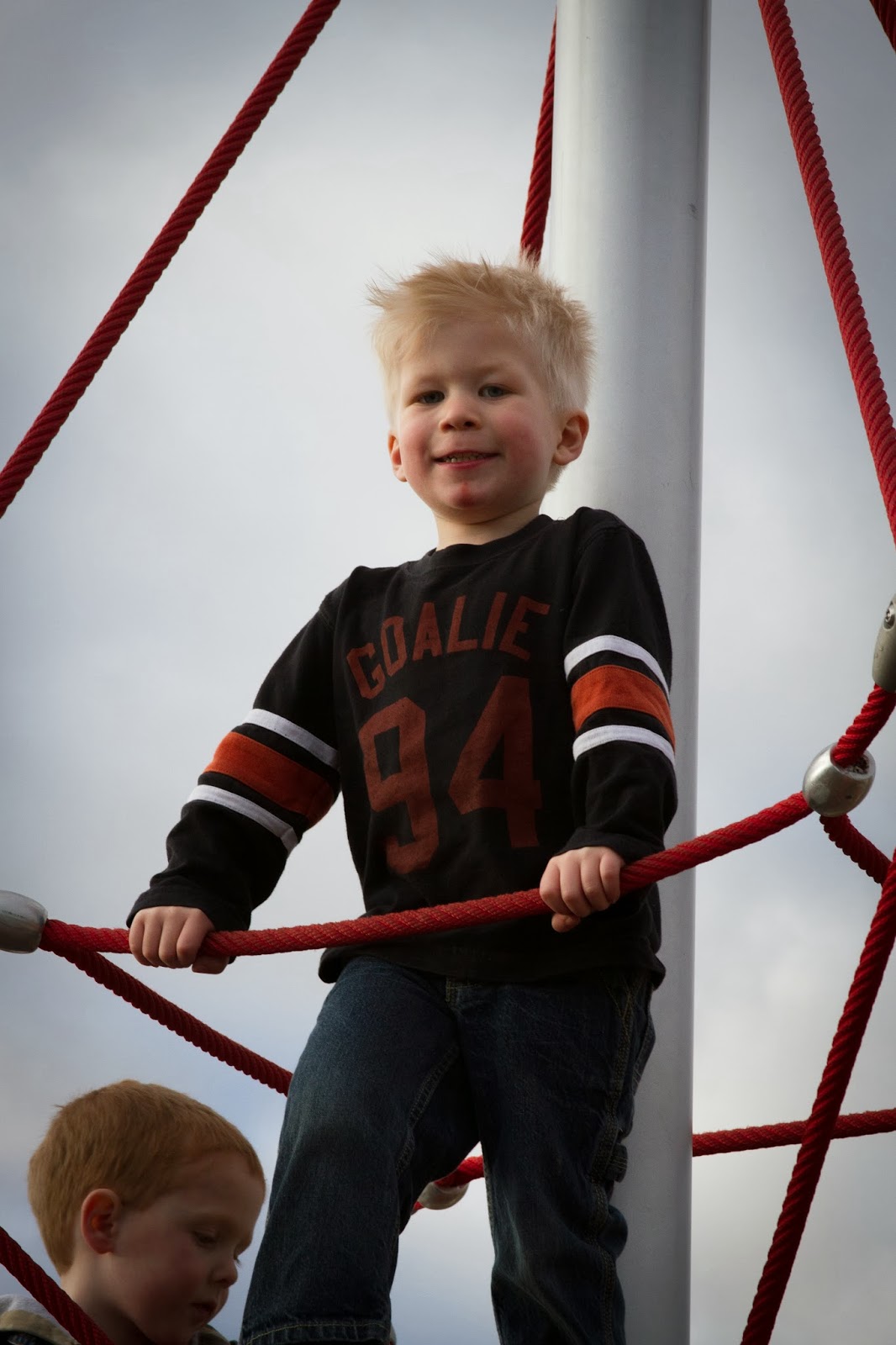 Max makes me laugh everyday. After he got down from here, he told me, "Mom, I wish those ropes were invisible so people would think I was flying." Oh the things he comes up with. He is always wishing for something. That night he told me, "Mom I wish I had two mouths. One that people could see and one that people couldn't see. That way I could close the mouth people could see and talk with the other one and no one would know where the voice was coming from."

Where does he come up with these things? I then explained ventriloquy.

Turner is also quite the ham. My kids are still loving the adventure box we gave them last year for Easter. When we left for the park on this particular day, my kids insisted that I get the adventure box out of the shed.